Renowned globally for precision, quality and style Triumph has been pivotal in shaping the evolution of the motorcycle, with a tireless commitment to pushing back the boundaries of technology, performance and design to deliver the perfect ride for every rider, every single day.

Across generations Triumph has played a fundamental part in the creation of the motorcycle world we know today, from originating engine platforms that have been adopted across the globe, to inventing and leading completely new categories and technologies, as well as inspiring a whole cultural movement that continues to share a passion for all things motorcycling to this day.

From the very first parallel twin to the highest capacity and highest torque production motorcycle in the world, Triumph’s rich history includes the first factory streetfighter, the first adventure-capable scrambler, the first bobber to ride as good as it looks, the first Moto2 TM edition street bike, the first fuel-injected sports bike, as well as being the only marque to have broken the fastest motorcycle land speed record four times.

Engine performance is at the heart of Triumph’s technological innovation, across desert dunes and race tracks, on country roads and city streets.  Whether riders want smoother, faster, more powerful or more economical, Triumph’s world-class engineers work tirelessly to improve the Triumph riding experience and give owners the freedom to access optimum performance on every ride.

When it comes to big numbers, nothing can match the world’s largest production motorcycle engine in the magnificent Triumph Rocket 3. Its 2.3-litre inline triple generates an incredible 221Nm peak torque, pushing the Rocket 3 from 0-60mph in an astonishing 2.73s – yet it still handles more like a performance sports bike than it does a cruiser. 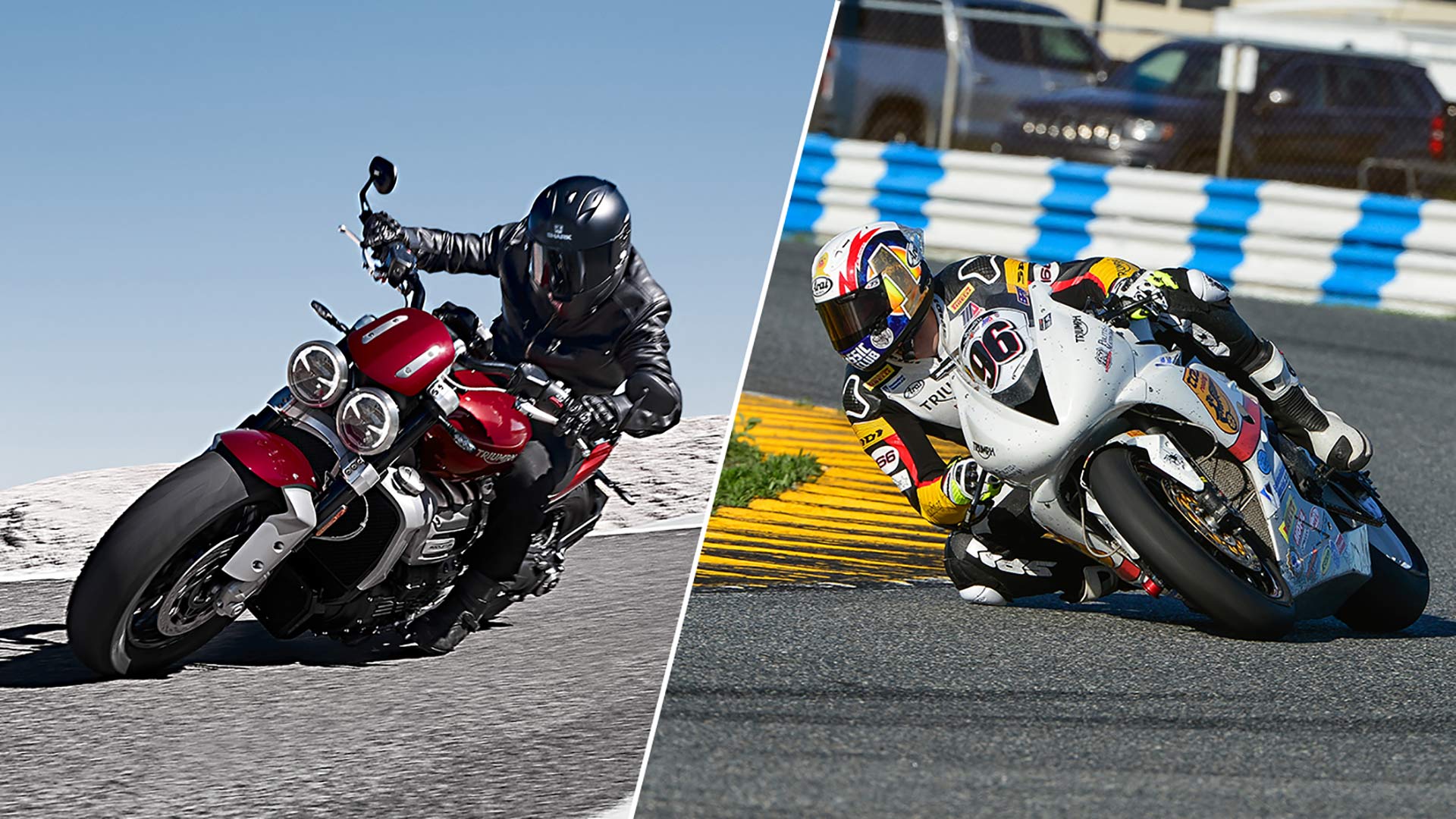 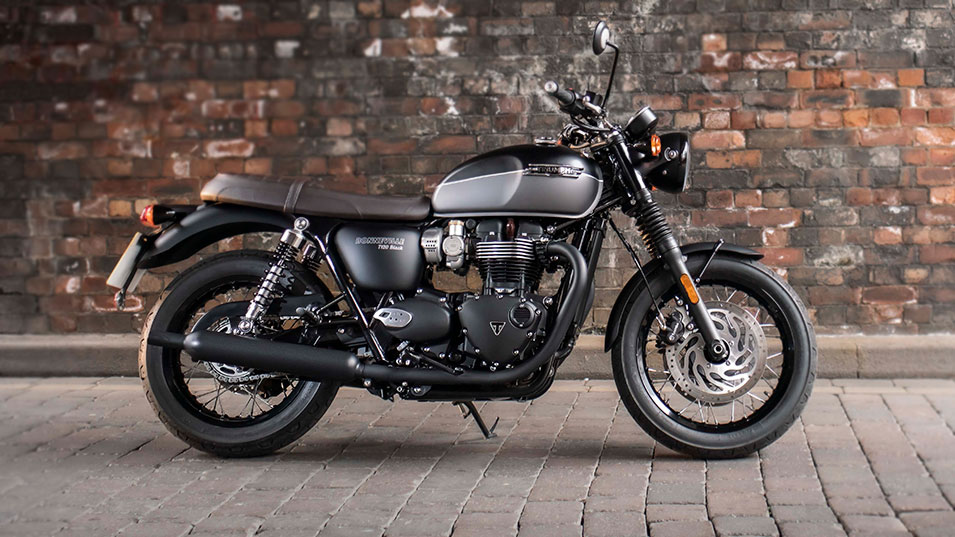 Triumph’s iconic style is synonymous with motorcycling. If you gave a child a pen and asked them to draw a bike, they would draw a Triumph.

From the timeless silhouette of a Bonneville to Steve McQueen’s wire-jumping, The Great Escape movie legend TR6, and from Marlon Brando’s Thunderbird and its infamous appearance in the first ever biker movie right up to today’s instantly recognisable Speed Triple, Bobber and Tiger, Triumph’s impact on the very fabric of motorcycling is like no other.

The list of Triumph icons includes some of the most famous names in motorcycling,  including the Bonneville T120 named after Triumph’s twin-engined, methanol-fuelled, Bonneville salt flats record-smashing streamliner; the Hurricane X75, regarded as the world’s first factory custom; the legendary model H, the ‘Trusty Triumph’; the Speed Twin, Edward Turner’s masterpiece that transformed the motorcycle world; the Daytona 675, Triumph’s super sport race weapon of choice, and the game-changing Scrambler 1200 favoured by James Bond. Triumph’s considered and integrated technology strategy, focused on delivering what the rider wants, needs and values, encapsulates an ethos centred on the complete motorcycle.  This was as true of trailblazing designer Val Page’s engineering leadership in the 1930s as it is to today’s industry-leading team based at Triumph’s global HQ in Hinckley.

Triumph applies sophisticated electronic management systems and riding aids across all models, including features such as advanced traction control, switchable rider modes and multi-channel ABS, all to further enhance the ride and bring the benefits of increased safety and control. 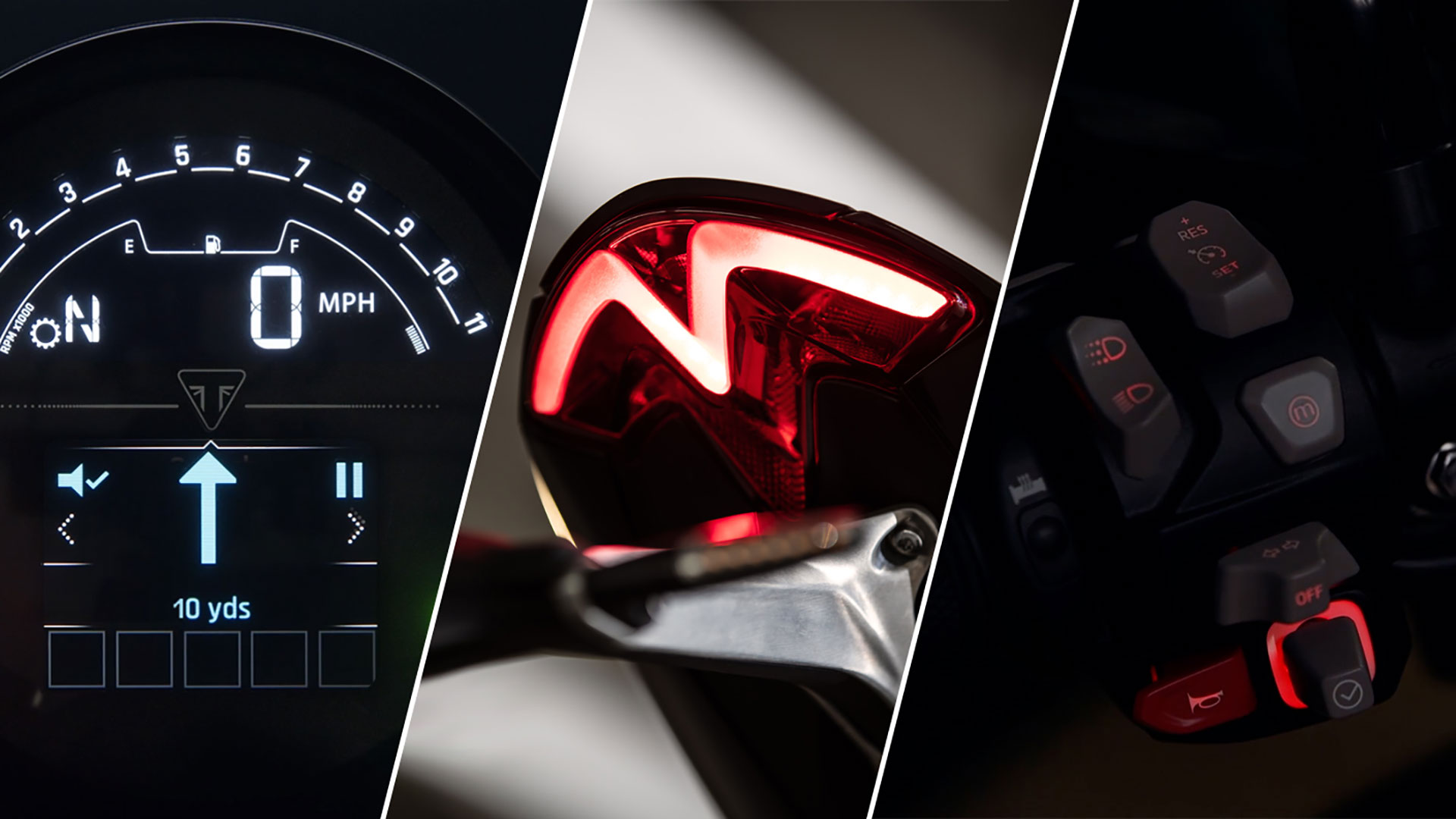 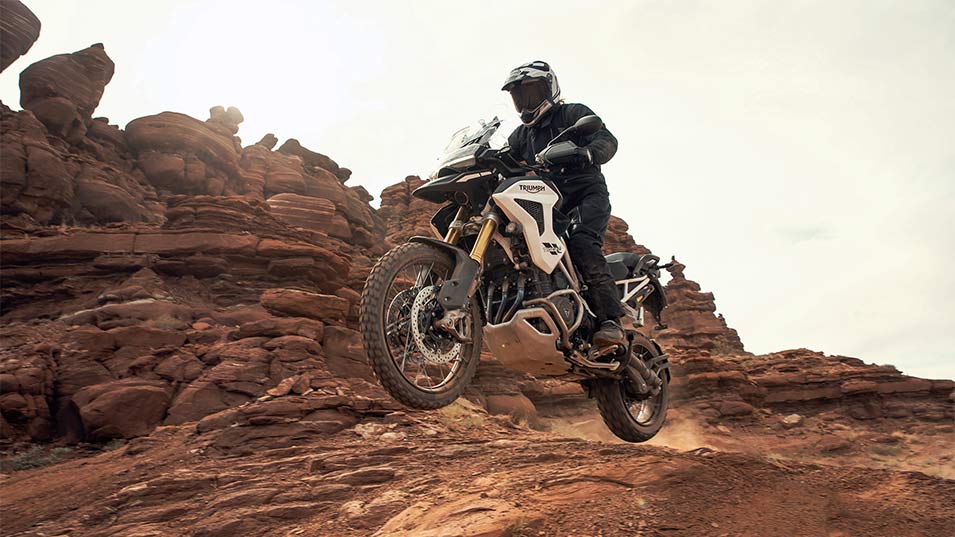 With the launch of our brand new Tiger 1200, forthcoming new competition MX and Enduro motorcycles, and our strategic partnership with Bajaj to create smaller capacity bikes, the future for Triumph and its fans across the world will be just as exciting and rich as the last 120 years have been.